As a parent, you can sometimes be confused when thinking about early childhood development. Your pediatrician can give you some guidance on what your child should do and when. However, the question often arises as to whether the baby is developing at a normal rate. Understanding the stages of childhood development and what to expect at each stage is very helpful. If you notice that your baby is developing too slowly, you can seek help early.

The stages associated with early childhood development can be a little confusing for new parents. There are different theories and philosophies about what stages of development are, and you may not know from what your pediatrician tells you exactly which model they refer to.

Cognitive development in early childhood refers to your child’s ability to develop thought processes, including remembering things, solving problems and making decisions. Over the years, many theories and studies have been made to try to understand cognitive development. However, as described above, the most famous was the one proposed by Jean Piaget, and this is the model that is most frequently used today.

Your baby starts learning from birth, using his senses to explore the world around him. Infants can follow a moving object, distinguish color tones and brightness, distinguish the height and volume of sounds, and anticipate events. All of these skills allow them to immediately begin collecting and processing information to initiate their cognitive development.

By three months of age, a newborn can recognize faces, mimic facial expressions, and respond to familiar sounds. By six months, the baby can imitate sounds, recognize parents, distinguish between animate and inanimate objects, judge distance based on the size of objects, and recognize their own name.

At nine months, your baby should be able to imitate gestures and actions, understand simple words like “no” and recognize that objects exist even if he doesn’t see them. At this age, they also begin to test reactions to their actions, such as repeatedly throwing food on the floor.

By early childhood your baby should have completed the sensorimotor stage of development described by Piaget, which means that he can have and express rudimentary thought. From 18 months of age, he will understand the permanence of people and things. They will be able to use tools and utensils, such as using silverware to feed.

One of the most difficult aspects of early childhood development in the toddler years is that he gains a growing sense of independence, which can often put his safety at risk. They will also begin to understand discipline, what behaviors are and are not appropriate, and concepts such as please and thank you.

By the age of two, your child should have a good understanding of emotions and be able to express them. He will also understand aspects of normal life, such as grocery shopping, dinner, schedules, telling the time and having something read.

Preschoolers, i.e. three to six years old, should be in the pre-operational phase of Piaget’s model. This means they are using imagination and memory skills. They develop social interaction skills such as playing with other children their age. They constantly test their cognitive abilities and can exhibit behaviors such as responding to adults, lying, and bullying. Preschoolers also have a greater attention span, begin to learn to read and follow structured routines.

Physical development in early childhood is as rapid as cognitive development, but often more evident to parents. You can help your baby’s physical development by helping him test his limits and develop his strength, for example with tummy time for newborns. Although babies develop at different rates, the following table indicates the average age at which your baby should be able to perform certain physical activities.

From birth to three months your baby won’t be able to do much. At three months, he should be able to hold his head up for a few seconds with support and pull his hands. At three months, they start to get stronger. They can start rolling, pulling their bodies forward while on their stomachs, reaching for and grabbing objects, shaking and playing with objects. By six months of age, he should also be able to pull himself up into a sitting position by holding onto something, such as the edge of the crib.

From one to two years old, your baby’s development increases rapidly as he seeks independence. He begins to learn balance and hand-eye coordination. At the end of infancy, or at the age of two, your baby should be able to

It is during this development stage that you want to make sure your home is childproof. Your newborn is rapidly becoming a toddler, and their independence and constant exploration of their environment will lead to increased safety risks.

In early childhood, your baby will gain coordination and speed in his actions. He will be able to run, jump, kick a ball and stand on one foot. He will also be able to turn the pages of a book, draw shapes like a circle and correctly hold a crayon between his thumb and fingers.

From age three to four, your baby will further develop the ability to move his fingers and body in a more coordinated way. By the age of four he should be able to:

You will notice that as your baby gets older he can make more and more coordinated movements with his fingers and thumb. By the time your child reaches five, he or she should be able to:

Language development in early childhood can vary greatly. The more you talk to your child, the faster they develop a language of their own. Even if they don’t understand you at first, talking to them from an early age can help them learn and use their own words at a faster pace. At some point in your child’s development, he or she will be able to understand much more than he will be able to say.

In the first year of your baby’s life, he stutters and cooes from the age of about three months. They may occasionally say something that sounds like a word from a young age, but this isn’t necessarily a true expression, but an imitation of what is heard. Most of the time, a baby’s first real words are said around twelve months. 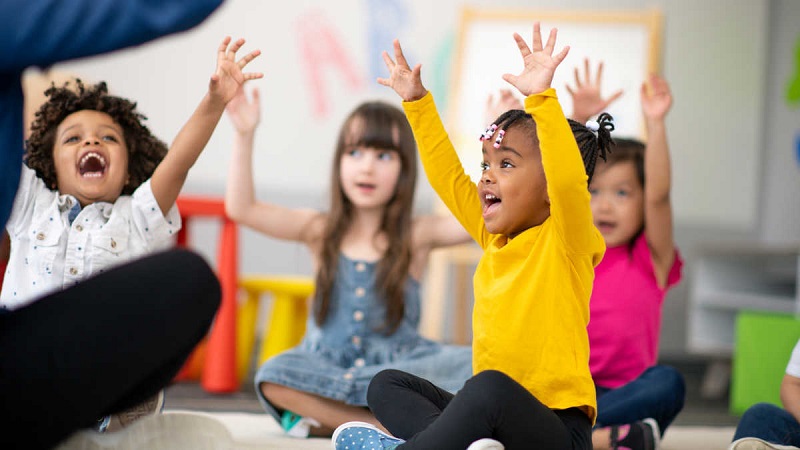 By the age of three, your child will begin to use much more abstract and complex sentences. He will start asking a lot of questions. He will want to have conversations on a wide range of topics. His vocabulary will continue to grow and he may begin to understand some basic grammar rules. By age five, your child should understand how the sounds of language work together, which is an important part of learning to read. He will also become a great storyteller.

If you feel your child is not developing normally, you should seek help as soon as you realize there may be a problem. It is important to keep an eye on your baby’s development. If there is any indication that your child is lagging behind normal early childhood developmental standards, it is best to address the problems at a young age. Professionals can examine your baby and run tests to determine if there is something wrong that is contributing to his slow development. They can also give you ways to help your child develop him.

How To Lower The Alkalinity In A Spa

Fri Jul 15 , 2022
What makes a spa environment so appealing? Is it the relaxing music, the warm temperature, or the cool water that flows through your body? All of these things contribute to one thing: a spa’s alkalinity. In this blog article, learn how to lower the alkalinity in your spa and make […] 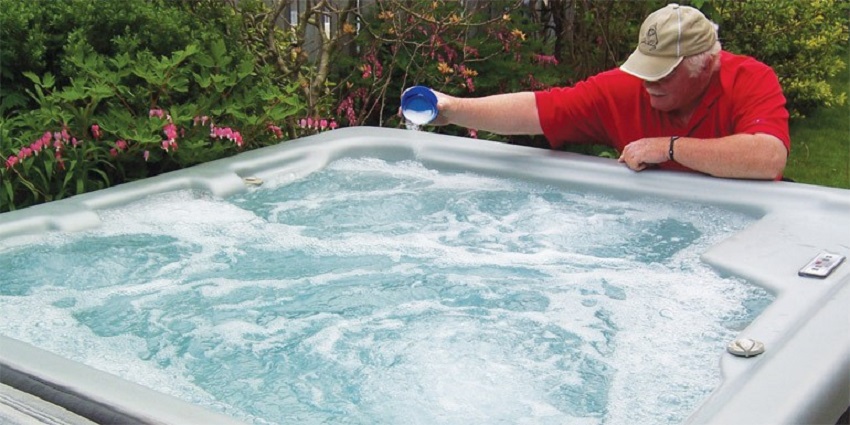