The human mind is complex and its ability to adapt can be quite surprising. When a person experiences severe trauma, various defense mechanisms are activated in order to offer support to emotional stress. One of these is dissociation, which allows the consciousness to be divided into several parts. So that it can continue to function despite the severe traumas experienced. This can be explained by the interesting theory of structural dissociation.

When it comes to dissociated personality, so-called multiple personality disorder usually comes to mind. Although this phenomenon is the main representative of one of the most severe forms of dissociation, there are other equally representative conditions.

For example, post-traumatic stress disorder or borderline personality disorder. Even healthy individuals can experience dissociative phenomena at very specific moments in their life .

What does dissociation consist of?

Dissociation is a mechanism whereby elements that are normally associated with each other disconnect. This phenomenon can involve perception, emotions, or identity and manifest itself in different ways.

To some extent non-pathological, we can all experience moments of dissociation in various circumstances, such as the following:

Dissociation, when it becomes pathological, is a defense mechanism against trauma and although it has the role of preserving the survival and functions of the species, it can cause various problems.

The theory of structural dissociation

The theory of structural dissociation, developed by the psychologist Onno van der Hart, tries to give a definition of the dissociation of the personality due to a traumatic event.

This model defends the existence of two personality systems that inhabit each individual and which are an integral part of healthy personalities:

The two parts of the personality

Following a traumatic experience, these two systems dissociate and the personality begins to function by itself. In this way, two distinct parts of the personality emerge:

The individual may not have access to that type of memories or emotionally connect to them (talk about the trauma without feeling pain). In addition, he will often “phobically” avoid any stimulus, place, or situation that might remind him of what happened.

The different levels according to the theory of structural dissociation

Depending on the severity of the trauma, the time of life in which it is experienced, and other factors, different levels of dissociation can come into play :

Primary structural dissociation, characterized by the presence of a single PAN and a single PE. This level is typical of PTSD and other simple dissociative disorders.

In secondary structural dissociation, a single PAN and several PEs appear which have the task of carrying out various functions. For example, one PE can facilitate the fight and another the submission. This state is typical of severe post-traumatic stress disorder or borderline personality disorder due to trauma.

Dissociation is the consequence

This theoretical model is useful for understanding the complex mechanisms that the mind puts into operation to deal with the traumatic event.

It reminds us that dissociation is not the problem. But the extreme consequence that is generated to defend oneself from extreme pain. Here the elaboration of that trauma (initial cause) must be the main purpose of the psychological intervention.

How to Help Preschoolers Who Feeling Left Out

Sun Jul 11 , 2021
Parents work hard choosing friends during preschool. After all, we are the ones planning the game reunions. Although associating in groups is not common in young children, it certainly does occur. And children who think and learn differently may be more sensitive in that regard than other children. When children […] 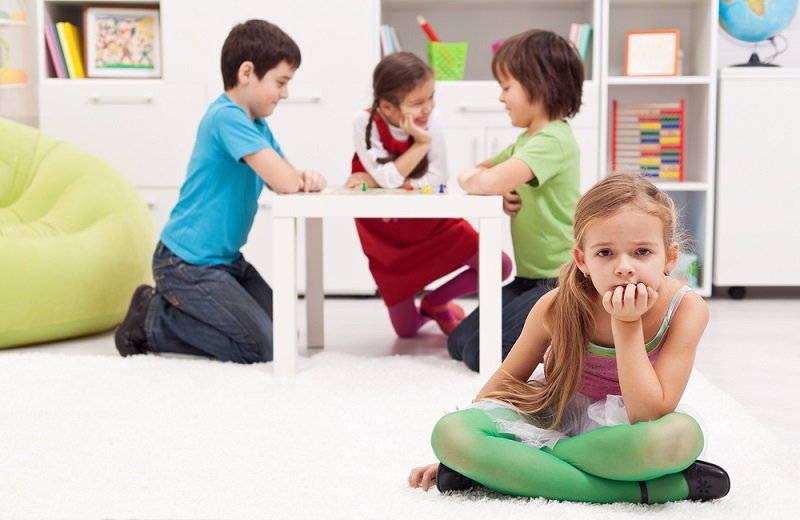